Blood Oxygen Levels: What You Need to Know 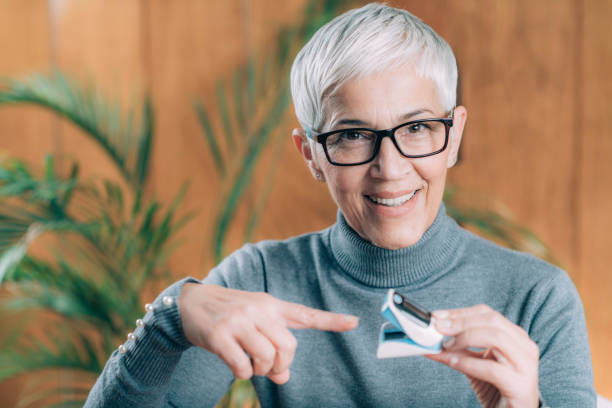 Oxygen levels among different individuals may vary as different people might be involved in different activities. Blood levels in the human body are a vital component of the organ stricture as it is the sole determinant of an individual’s health.

Organs in the body, such as the heart and the brain, solely depend on the amount of oxygen in the body system in order for them to function properly (Zander, n.d., p. 06).

Importance Of The Oxygen Levels

There are various methods of measuring the amount of oxygen in an individual’s blood, and the most common method would be the use of the pulse oximeter.

Not many people note the importance of the oxygen levels in their blood unless they are in the hospital about to undergo surgery, which should not be the case.

Fewer oxygen levels in the blood might be fatal to an individual as it might lead to respiratory, cardiac arrest, which, if not addressed sooner, might lead to death as a result of less blood to promote the efficient functioning of the heart and the brain.

This makes our brain to produce anaerobic metabolism, which leads to breathing. In a normal circumstance, the human oxygen level is measured as a percentage, and it usually ranges between ninety-five to a hundred percent.

This is brought about as a balance in the body between saturated and unsaturated blood that flows in both the veins and the arteries (Hasan, 2013, p. 67).

When the blood flows from the heart through the lungs, it gathers the oxygen through the hemoglobin. The blood then returns to the heart, oxygenated, where it is pumped by the artery to other organs.

This makes the normal blood oxygen saturation level range between ninety-five to one hundred percent when they are measured. But when the oxygen levels are too high or too low, the results might be adverse.

Deficiency in oxygen levels in the blood might lead to a condition known as hypoxia. This condition mostly occurs when an organ or part of the body does not get enough oxygen supply to the tissues. Hypoxia can be categorized into two conditions, known as generalized or local.

Generalized hypoxia is when the whole body is deprived of oxygen, and this might lead to factors such as suffocation.

Local hypoxia is when a part or section of the body is deprived of oxygen. Another factor that might also lead to deprivation and reduction of oxygen levels might be an individual’s physiological activities.

Strenuous physical exercise or hyperventilation training might lead to variations of the arterial oxygen concentration and where the scale changes to more deoxygenated blood than oxygenated blood in the system.

Healthy people might also experience hypoxia when they are in an area with a mixture of other gases and less oxygen content available. It might also occur to an individual who is swimming with a short circuit rebreather where the air that the individual breathes back contains little oxygen content.

With the recent Covid-19 virus, the virus seems to cause silent hypoxia where the individual’s oxygen levels drop without warning. This leads to the individual’s organs experiencing acute respiratory distress, and the patient’s organs start to fail (Mandak, 2013, p. 10).

Other causes of low blood oxygen might include; when blood or water fills the lungs’ air sacs, making it impossible for the hemoglobin to pick oxygen from the lungs.

Scarring of tissues in the lungs might also lead to a low blood oxygen count as the clots that are formed prevent the free flow of oxygen in the lungs. The diagnosis of diseases such as asthma in an individual might affect the blood oxygen level.

Through such scenarios, individuals should start being keen on their blood oxygen levels as the earlier the diagnosis, the easier it is to take the right medical solution to fix the problem.

If not treated earlier, the individual might experience problems such as deficiency in the supply of oxygen to the brain leading to difficulty in breathing, the inability of the cells to absorb oxygen from the lung circulation, and tissue oxygen insufficiency, which might eventually lead to unconsciousness.

Doctors can treat the low oxygen blood with the use of oxygen concentrators through acclimation where other gases are excluded, and the individual is put on pure oxygen, maintaining their oxygen levels.

Too much oxygen levels in the blood might also lead to a condition known as hyperoxia, which is the opposite of hypoxia. This might be caused when an individual breathes in oxygen pressure that is greater than the usually available amount.

This might lead to oxygen toxicity, and it might lead to chronic obstructive pulmonary disease, which may lead to death if not dealt with.

The signs and symptoms for this occurrence include; congestion in the lungs and irritation, which, if not responded to in the time, might lead to the individual’s death.

Hyperoxia can be treated through oxygen supplementation so as to relieve the arterial hypoxemia. Supplementing oxygen leads to the damaging of tissues, which reduces the toxicity of excess oxygen supply.

With that being said, an individual is supposed to become aware of the importance of their blood oxygen levels.

The individuals should also consider learning the procedure for measurement and also learn how to read the results as an improper measurement as a result of unstable hands might lead to a false alarm or an assumption where there is an issue arising.

The normal oxygen level in an individual should be ranging from ninety-five to a hundred percent. Too much or too little oxygen in the body might be adverse to an individual’s health and, if not taken care of, might lead to death.

What is Vegan Collagen? Know the Benefits and How to Get It

Do Weighted Blankets Work? Who may benefit from a weighted blanket?

[…] Read our popular article " Blood Oxygen Levels: What You Need to Know" […]

[…] Read our popular article " Blood Oxygen Levels: What You Need to Know" […]