What Foods to Avoid According to Ayurveda Diet? 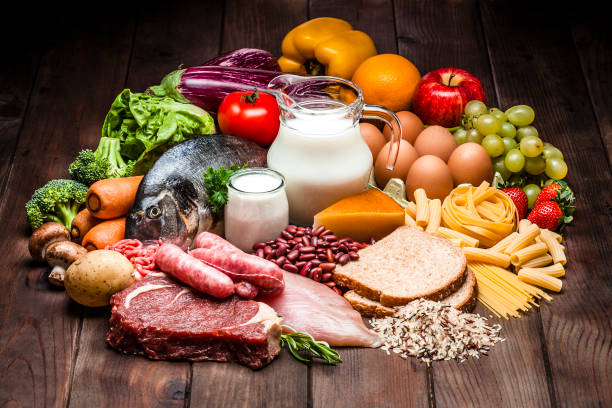 In the previous blog, we came across the concept of dhatu pradushak substances. These substances create loopholes in dhatu metabolism, resulting in dosha imbalance.

Healthy food is important. But it is more important to know what not to eat. That’s why Acharya Charak describes the prohibited food substances before the health-preserving foods.

The above shloka lists some foods to avoid unless there is nothing else left to eat. These edibles are not poisonous. But they distort normal physiology on regular usage. That’s why Acharya Charak specifies that they should not be used regularly. नाभ्यसेद् (do not practice).

Let us explore the dhatu polluting substances mentioned in the above shloka. These are –

It is tempting to use “easy to store” or “ready to cook” foods. Besides, drastic climatic conditions forced our ancestors to use preserved food. Dried meat is also a form of preserved food, very useful for people living in extreme cold or hot regions.

The use of Vallur or dried meat is very common across the world, especially in countries with extreme climatic conditions. However,  dried meat is never consumed directly in most cultures. Instead, it is used as an ingredient in other dishes.

Let us consider two examples to understand the uses of dried meat in different cultures.

Bündnerfleisch is the air-dried meat used in Switzerland. It is normally sliced thinly and used as an ingredient in sandwiches or soups. However, this use of dried meat may cause problems as it is used in its dry form, without any cooking.

Ancients Mongols relied on dried meat powder called Borts to pass the harsh winters, when no other food was available. Borts also helped them during long-distance travel. But, it is not consumed in its dried form. A small pinch of Borts is used to make a soup. This soup is enough for 3-4 people. However, direct consumption of Borts powder is not considered healthy.

There are multiple other varieties of dried meat in Europe, South Asia, America, Africa, and so on.

Why is Dried meat not healthy?

Risks of a High Protein Diet

Dried meat is a highly condensed form of protein. According to recent scientific studies, excess protein in the body is one of the major triggering factors of multiple severe disorders like obesity, chronic constipation, diarrhea, cardiac disorders, dehydration, and kidney damage. Moreover, a high protein diet is linked to cancer.

Therefore, the direct use of dried meat can cause severe damage to our bodies in the long term. This is the reason why Acharya Charak advises against the regular use or abhyas of dried meat.

Besides, dried meat is very heavy to digest. Eating dried meat is like putting a wet log on your digestive fire. Only a person with an excellent digestive system will be able to process such a heavy density diet.

You can have dried meat once in a while if there is absolutely no other food option. But, it is crucial to avoid frequent use of any kind of dried meat.

Dried meat is heavy to process. But why no to dried vegetables? To most people, dried vegetables might appear very light and easy to digest. However, it is not so. And that’s why Acharya Charak prohibits their frequent use. Let’s explore the dangers of dried vegetables in details –

According to a classical Ayurvedic text Ashtang Hridya, no sensible person should consume a lot of vegetables! Ayurveda says that vegetables absorb oils during their digestion and thus cause dryness in the body. That’s the reason why green peas, cauliflower, cabbage, and other leafy green vegetables cause bloating and farting in people with delicate digestion.

Vegetables are already dryish. Further drying augments the dryness producing property in the vegetables. It is believed that dried vegetables can cause severe vata aggravation in the body if consumed regularly for a long time.

Dry ginger powder is an exception to this rule. It is an excellent vata balancing agents and highly advisable for daily culinary use.

What about Pickled Meat and Vegetables?

Ayurveda says that all food containing aquatic plants and animals is heavy to digest. Here is why –

Lotus seed (Makhana) is a great health supplement. It is highly recommended in Ayurveda for regular consumption. However, as mentioned above, lotus roots have different properties.

Lotus roots are immersed in water and they have a thicker impenetrable coating that protects them from water. It is very difficult for digestive juices to pierce through this aqua-protective coating.

This property makes the lotus roots exceptionally hard to digest. It is believed that even the cooking process is not able to completely ease their digestion. This is the reason why Acharya Charak advises against regular consumption of lotus roots.

The meaning of “bis” is not very clear through the original Sanskrit text and its commentaries. However, many people believe that “bis” refer to the lotus stem. The reasons against using ‘bis’ are similar to the reasons against lotus roots.

In this blog, we looked at some of the unhealthy food items that should not be consumed daily. In the next blog, let’s explore why a weak and thin person must never consume meat!

Kanika Verma is an Ayurveda Consultant(BAMS, MMS, PGDPC, PGDVA) with a focus on Preventive Ayurveda. She specializes in Ritucharya consultation (Ayurvedic Preventive seasonal therapy) and Satvavjaya (Ayurvedic mental health management), with more than 10 years of experience.


Kanika believes that everyone can stay perennially healthy by simplifying the mind, diet, and lifestyle. Her two published books echo her opinion on simplicity and flexible health approach.

Who needs a dosha balancing diet?

20 Different Types of Lemons to Add that Extra Zest

Importance of Madhu or Honey in Ayurveda

What does Ayurveda say About Non-Vegetarian Food?

Does Ayurveda Recommends Ghee intake every day or...

Who needs a dosha balancing diet?

Eating Meat? Why a weak person should not...

The Kapha Prakriti : Characteristics and Effects of...

The Pitta Prakriti : Characteristics and Effects of...